I guess we could call this a fairy tale.  It features a damsel in distress, a swarthy pirate, more than a few ne’er-do-wells, and of course, true(ish) love.  The works, really.

As with any fairy tale, we start with a heroine.

END_OF_DOCUMENT_TOKEN_TO_BE_REPLACED

If I am being brutally honest with you, it’s been harder than usual to find things to be thankful about this year. My Gramma died. I’ve had a probe and biopsies taken 6 (soon to be 7) times since May to figure out which food is killing me. My cats aren’t allowed in my bedroom anymore because apparently they are killing me. My football team is terrible. Some of my favorite wild horses disappeared. Adobe Town, Salt Wells, and Divide Basin got ransacked by the BLM again. Mass euthanasia or slaughter of captive wild horses still hasn’t been stopped…

Okay obviously some of those are a little more serious than others. But let’s be real, 2017 has been rough.

END_OF_DOCUMENT_TOKEN_TO_BE_REPLACED

Hi, everyone! I’ve been thinking about writing this post for a long time, but I finally sat down long enough to actually type something. I met the author of this earnest – albeit sometimes sardonic – blog six years ago, mere months after being exposed to the wild horse world. A couple months later, just before the 2011 roundup, Rachel took me to White Mountain (that was a weird car ride). It was incredible, to say the least. Most of my wild horse time in those first few years I spent in the Pryors, but the past three years have been more of a White Mountain sage party.

Of all the trips we’ve taken to White Mountain, this one felt a little different. We were more zen, more chill (which is more than I can say for Frankie, more on that later). Maybe it’s because we’re dressed as adults (for the most part) and sometimes must comport ourselves as such. Maybe it’s because we have a rhythm to these trips we’ve learned not to mess with (we know where we’ll camp and can set up our site in mere minutes without speaking). Who knows.

END_OF_DOCUMENT_TOKEN_TO_BE_REPLACED

Family is  complicated.  It’s one of the basic tenants of this life.  The earth is most likely not flat, taxes are always too high, and your family is really weird.

Family has a very different meaning and structure to it in wild horse society than it does for humans, but they aren’t immune to this phenomenon either.  Take Flax’s band.

Left to Right: Aurora & Flax, and their offspring Ariel, Shang, and Flynn

END_OF_DOCUMENT_TOKEN_TO_BE_REPLACED

Thanksgiving has always been my favorite holiday.  Well, my favorite non-religious holiday, anyway.  You just can’t beat a day that is filled with family and football.  I love being lectured by my Gramma about all the ways I’m cooking the turkey wrong.  I love watching the Macy parade with Grampa’s not so subtle innuendo when the Rockettes are on (he got to see them live once while stationed on the east coast during WWII).  I love watching football with my dad, getting pumped up for the Husker game that always comes the Friday after.  Heck, I even love cleaning the dishes and getting every single bit of turkey cut and stored for future meals.  Challenge accepted!

END_OF_DOCUMENT_TOKEN_TO_BE_REPLACED

Boy, has it been a month or what?  Such a month necessitates that I crawl out from the rock I was hiding under.  Don’t get me wrong, I realize that I’m not going to offer any monumental, mind-blowing commentary.  It’s more of an … itch.  Some folks in the wild horse realm are wrong, wrong, wrong and my skin is crawling to call them out on their garbage.  Better late than never?

So I’ll start this blog off by talking about the jerkiest thing of all to happen this month.  The BLM’s Advisory Board met and in the course of the yammering and complaining 8 out of 9 members voted to recommend the BLM euthanize the horses in Long Term Holding… aka they wanted the BLM to kill about 45,000 of them. 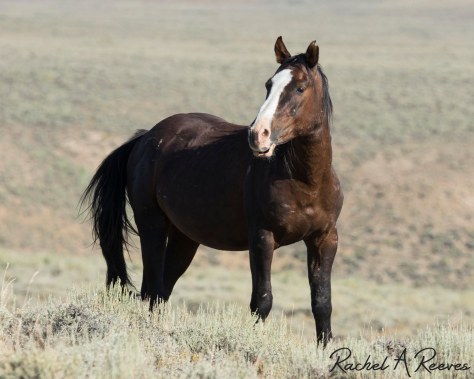 Marty here was released in 2011 and now has a thriving band of his own, but he just as easily could have been one of the horses trapped in Long Term Holding right now.

END_OF_DOCUMENT_TOKEN_TO_BE_REPLACED

Sort of.  I mean, technically our story isn’t set in France nor are there any plot twists involving revolution or guillotines.  Also one of the foals is a boy, but  the title just wouldn’t rhyme as well then, now would it?

We start in the center of the White Mountain horse herd.  Cody’s band is a motley crew, consisting of five mares, two yearlings, a two year old, and a satellite stallion whose sole job seems to revolve around unsuccessfully trying to convince Quicksilver she should speed up and walk at the same pace at the rest of the group.  Yeah, I feel really sorry for the satellite Outlaw.  That dog just don’t hunt. 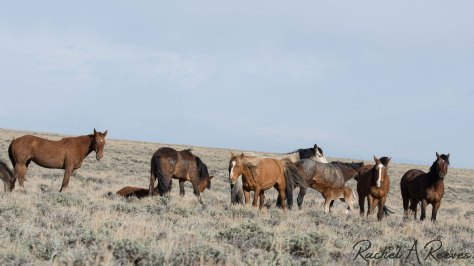 Cody’s band, give or take yearling, satellite, and part of a foal.

END_OF_DOCUMENT_TOKEN_TO_BE_REPLACED

Well, the day I have been dreading for over 3 ½ years has finally arrived.  I suppose I should be thankful they waited so long instead of having it show up in August, but really, I would have been perfectly fine waiting forever only to have it never show up.

What am I talking about?  The BLM has released a scoping statement for the White Mountain Wild Horse Herd.  This is the first step of the process.  Basically, they are announcing their intentions.  The public has the opportunity to comment, at which point the BLM goes back and write a more detailed Environmental Assessment.  There is another comment period on the EA.  After that the BLM, having done their bureaucratic due diligence, proceeds to do whatever they want.

END_OF_DOCUMENT_TOKEN_TO_BE_REPLACED

This isn’t the blog post.  That one is coming.  It is half finished and I can’t really put it off much longer, but it isn’t the kind of thing you throw at people on New Years Eve.  There is also the minor detail that it’s just plain hard to write.  I don’t know how I am supposed to make sense of a single decision made by humans that has such a huge impact on life and how it functions in our “modern” world.

And really, that’s been the story of this entire year.  Life.  Figuring out how to live life through all the chaos. Watching new life taking its first steps.  Seeing lives completly change.  Watching with bated breath and trying to figure out whether or not those changes will be for the better.  Watching life fade. 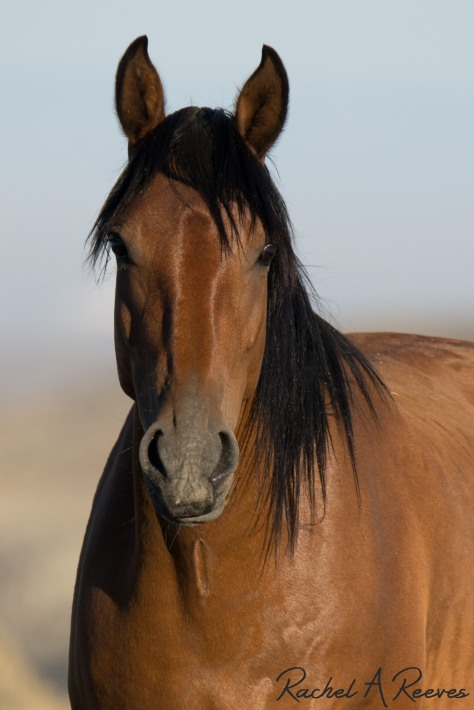 END_OF_DOCUMENT_TOKEN_TO_BE_REPLACED

Adendum:  I take it all back.  Since the letters were given, the BLM has not only not made a decision on Mercuria but have also taken Montana (only non-inbred offspring of his dam Fresia) and Moorcroft (one of Brumby’s two remaining kids – a mare who has now seen 4 out of 5 offspring removed and 3 out of 5 grandchildren removed, with another likely to be removed next year).  Jared is a lazy moron who is taking horses just for the sake of removing them, with no further thought towards the importance of their bloodlines.

Great job everyone! Brigitte delivered 39 letters to Jared early this afternoon supporting the release of Mercuria and Paquita. She currently is busy enjoying her time in the Dryhead – she’s earned it! So here is the update:

Brigitte delivered the letters and had a nice conversation with Jared Bybee (Pryor Wild Horse Specialist) explaining our position on Mercuria and her filly Paquita. Jared was described as being a good listener and semed like he might be receptve to the idea.

So now we play the waiting game. One I know what will happen to Mercuria one way or another, I will let you all know. If I had to take a guess, I would say that the odds of Mercuria’s release are 50/50. The letters and the manner in which they were delivered should give Mercuria a chance. At the same time, the odds are stacked against her.

Win or lose, though, I know in my heart that this did matter. So lemme explain: 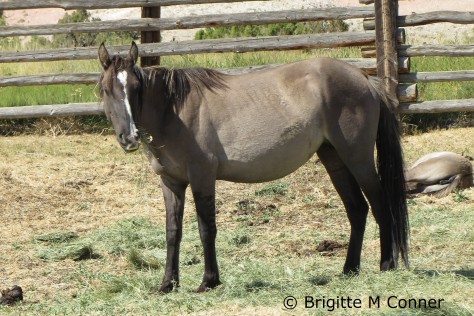 Mercuria, taken 08/22/15. She looks a little thin, like you’d expect of a growing three-year-old mom, but overall I’d say her body condition is good.

END_OF_DOCUMENT_TOKEN_TO_BE_REPLACED

Mustangs & Mayhem
Create a free website or blog at WordPress.com.